The store will not work correctly in the case when cookies are disabled.
Меню
Моя корзина
Учётная запись 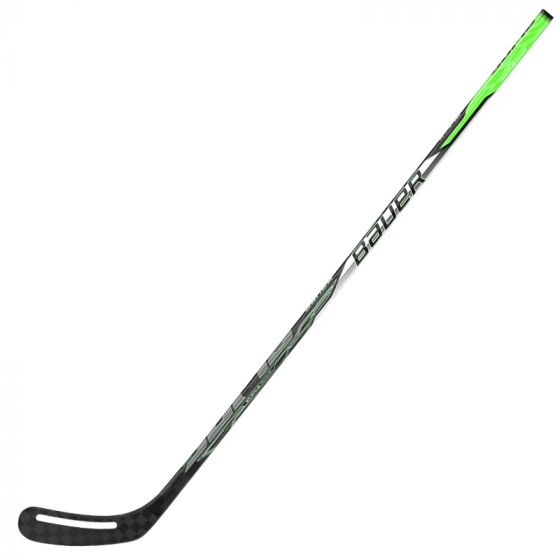 Evolving from the Nexus ADV, the BAUER SLING Intermediate Hockey Stick comes in with a newly optimized SLINGTECH blade for better release and control than ever before. Keeping with a similar weight class to the Nexus ADV at 375 grams, this stick goes a step further with its advancements in durability, control, kick and balance points, and even Bauer’s own SLINGTECH.

SLINGTECH 2.0
SLINGTECH technology, as the name implies, is designed like a slingshot, making shots more powerful while requiring less work from the user.

The top of the blade above the hole is the stiff part, which stabilizes the blade during the loading period. The bottom part is the flexible portion, which bends and pulls on the stiff upper part to create a slingshot effect, meaning a quicker and stronger release. The slingshot is its own mechanism—instead of doing all the work, you can let the blade work for you.

The Bauer Sling has now further enhanced its SLINGTECH innovation. With SLINGTECH 2.0, the hole is now smaller, adding more stability and reliability to receiving and taking passes and shots. The bottom section is also stronger and more flexible, giving the stick more power and durability.

ER SPINE Tech Shaft
With the Bauer Sling’s new material and weight readjustments, the shaft is now thicker, making for a more optimized kick point in the shaft. In addition to the faster transfer of energy that Bauer’s ER SPINE shaft technology brings, releasing the puck is now 10% faster.

The Bauer Sling uses ER SPINE technology, which is a five-sided shaft that improves grip and the overall feel of the stick. With this design, the stick contours around the palm, making it easier to control the puck. Recreating the geometry of the shaft gave Bauer the freedom to remove excess carbon fiber in the stick, enhancing the stick’s mid-kick point and making the overall weight lighter.